West African Art creators spend most of their lives perfecting skills that are passed down from one generation to another. 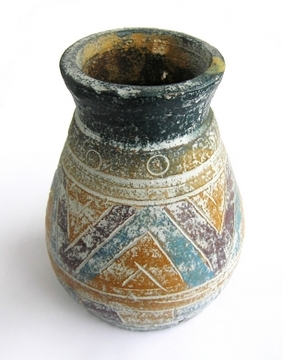 Looking for fine pieces of West African art that really capture the imagination ?

Sophisticated West African Art is an exotic concoction of traditional customs and modern influences. From the Atlantic coasts of Senegal to Cameron and further inland to the Savanna, each society contributes its own interpretations and representations of art to create some interesting parallels.

One of the many things that make art from this region enchanting is their association with magic and witchcraft. Most things that are crafted are essentially meant for magical practices or symbolizes this powerful belief. Art work was created to decorate shrines, to control supernatural forces, for divination, and to celebrate an abundant harvest and other events within the tribe. 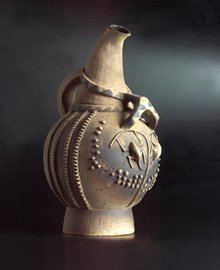 West African Art included ceramics and metalworking that date back as early as two thousand years ago. Tools made from iron enabled ancient people to efficiently till the soil, harvest crops, and clear forests faster. The creation of these tools have been a major contributor to the blossom of agricultural communities.

From clay pottery , that led to the production of cooking and storage vessels, evolved ceramic West African Art. The earliest known models of ornamental sculpture, that dates back from approximately 500 B.C. To 200 A.D. are the ceramic sculptures of the Nok Culture of Nigeria.

Iron tools have also simplified and furthered wood carving and sculpture. Among the first themes or scenes that have been captured in this art medium include: the series of chiefs and powerful kingdoms of the grasslands in Cameroon, the lavishly diverse artistic traditions of the Yoruba of Nigeria and the royal arts of the Akan people of Ghana. Within the tenth century, the practice of casting metal sculpture, in different compositions of copper alloys, started in the eastern area of Nigeria, known as the Igbo-Ukwu. This innovation was soon introduced and flourished in Benin.

The art of the various geographical regions were largely dictated by the natural resources that flourish within their territories. Having a huge amount of gold and bronze readily accessible, the major ethnic group of Ashanti, in Ghana abounds with artistry of these material. The Baule people are famous for their figurines sculpted from dark wood from the Ivory Coast, with heads made from terracotta.

The Western colonization, in the 19th and 20th centuries, have brought forth the commercialization and the trade of traditional African Art. This also led to the development of colleges that have exposed African artists to the designs of the west which they are slowly incorporating in their works. However, even with the influences of the European colonizers, this type of art still thrives and the tribes have retained and continue to live the rich tradition and culture they have inherited from their ancestors.